Skip to the content
State of Wisconsin, Commercial Building Inspector

A person who inspects public buildings and places of employment as a certified Commercial Building Inspector shall:

In support of our project to pause or stop the raze order on the Capitol Theater, I am looking for a report by the Chief Building Inspector detailing the specifics that gave rise to the raze order on the Capitol-Park Theater (which I take to be the letter Chief Inspector Plaski wrote to John Apple June 28, 2018). Such a report is required by the Wisconsin Statutes (see side box, right).

In his raze order letter of June 28, Inspector Plaski describes the building as “so old, delapidated, or out of repair so as to be dangerous, unsafe, unsanitary or otherwise unfit for human habitation, occupancy or use”. This is very general and there must surely be more detailed information in his original report.

The Landmarks Preservation Commission Agenda Briefing Memorandum of July 16, 2018, contains (if the public record is complete) erroneous statements,
“Over the past seven years, the property owner John Apple has received numerous orders from the Building Department’s Code Compliance Inspector to repair the building”. 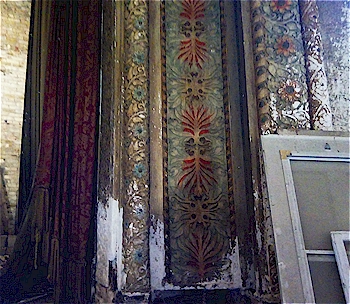 Since these statements are not, and have never been true, it is surely within the citizens’ rights to insist they be substantiated or retracted. As the situation stands, in the writer’s opinion, they amount to libel.

And this is why the Capitol-Park Theater does NOT need to be razed!

The Capitol (renamed “the Park” in 1981) is a part of Racine’s history, with silent movies, talkies, vaudeville, newsreels, festivals, contests, radio broadcasts, comedy, performances, and many memories.